SoftBank in talks to back India’s ElasticRun

SoftBank Vision Fund 2 and Goldman Sachs are in talks to back Indian commerce startup ElasticRun, according to four people familiar with the matter. The proposed Series E financing round, whose size is about $200 million, values Elastic Run at over $1 billion, the sources said, requesting anonymity as the deliberations are ongoing and private.

The Pune-headquartered ElasticRun is helping hundreds of thousands neighborhood stores in India secure working capital, inventory from top brands and work with e-commerce firms to boost revenues. The five-year-old startup, which counts Prosus Ventures and Avataar Ventures among its existing backers, has raised $130.5 million prior to the new round. 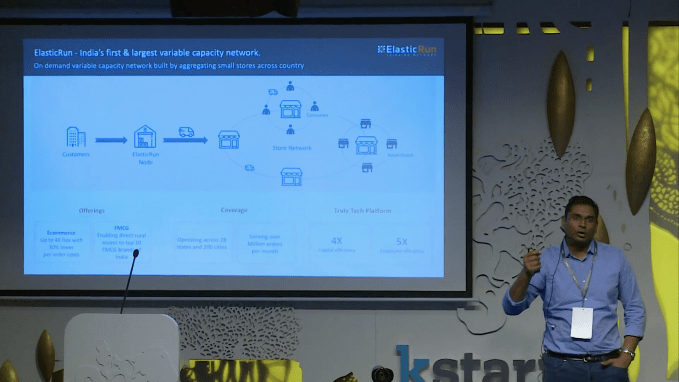 Sandeep Deshmukh, co-founder and CEO of ElasticRun, talks about the startup at a business conference in 2019.

Elastic Run and SoftBank did not immediately respond to a request for comment.