Branch, a New York-based office furniture company, spent the past two years focused on outfitting everyone’s work-from-home digs with its core products. Now it is ready to launch some new products, including some for those returning to their office away from home.

The company was launched in 2019 by Greg Hayes, Sib Mahapatra and Verity Sylvester so that people could purchase premium furniture without having to go through a dealer, saving on average 50% over buying from traditional retailers, Hayes said.

We chronicled the company’s beginnings with enterprise offices and its brush with the global pandemic back in 2020, which included some layoffs and a pivot to home office furniture. Since then, Hayes told TechCrunch that the move afforded Branch a way to rally and catch some macro tailwinds from people working from home longer than expected.

“We sold through our inventory in about a month and spent 2020 trying to keep up and went into 2021 wondering if there was a real business here,” he added. “Turns out there was. We grew 600% in 2020 and then quadrupled that growth in 2021. This year we are pacing to triple it again.”

COVID-19 nearly killed this office furniture startup; turning to home offices may save it 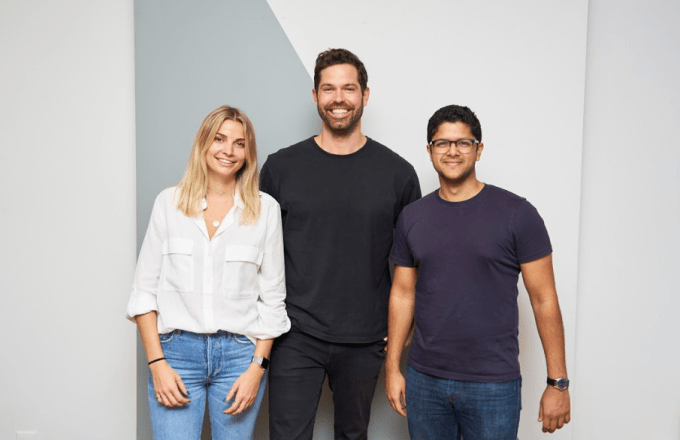 The company’s furniture line includes ergonomic chairs, standing desks, workstations for teams, filing cabinets, conference room furniture and space division. Prices range for chairs between $250 and $400, while desks are anywhere from $500 to $1,000.

Branch raised $3.5 million, some in 2019 and some in 2020, while building a run rate of up to the mid eight figures on that capital, Hayes said.

Now the company has raised another $10 million, this time in a Series A round, mainly to focus on new product launches. The capital injection was led by Springdale Ventures and includes Maywic Select Investments, Group RMC and Agya Ventures. Also participating is a group of individual investors from both the proptech and direct-to-consumer industries, including Saatva Mattress founder Ricky Joshi, Convene founder Ryan Simonetti and Outer founder Jiake Liu. Existing investors, including Nine Four Ventures, Alate Partners, RRE and angel investor Ben Zises also participated.

“We had gone a long way on our core products, especially for the work-from-home market, but it was hard to develop new furniture products, and we wanted to do it right,” Hayes added. “The raise enables us to make good hires, launch great products and build technology around the furniture so there is a new way to interact with it, and digital optimization with the supply chain.”

He sees Branch’s technology interacting in two ways: One is on the consumer side, which will launch first, including ergonomics and a sleeker app experience that gives people guidance on how to set up their chair or desk. It is also going to have better interaction with customer support, ordering products and gamification.

On the enterprise side, the company saw a gap in ways that office managers can manage their office furniture; for example, reporting damages or floor space configuration.

As more employees headed back to the office, Branch saw its enterprise revenue grow 500% over the last three quarters. Its sweet spot is an employee count of between 20 and 200, and much of its business is coming from customers telling their office managers about the furniture.

In addition, the company is getting business from property landlords looking to pre-furnish their spaces. Hayes expects this type of customer is 10% of Branch’s business, which was not this high prior to the global pandemic.

As for the new funding, Branch used it to fill in some key roles, including a head of furniture design, marketing, sales and operations. Previously, the team was less than 20 people. The company is also focused on product development and R&D and is also eyeing a possible brick-and-mortar store toward the end of the year.

“We are becoming known for our design and being a design-driven brand,” Hayes said. “This year and next, we will heighten that. This is a massive industry, bigger than most, but there is no Harry’s or Allbirds in the furniture space, so we are well on our way to being a leader here.”

What Glossier got wrong

Over 14,000 Etsy sellers are going on strike to protest increased transaction fees